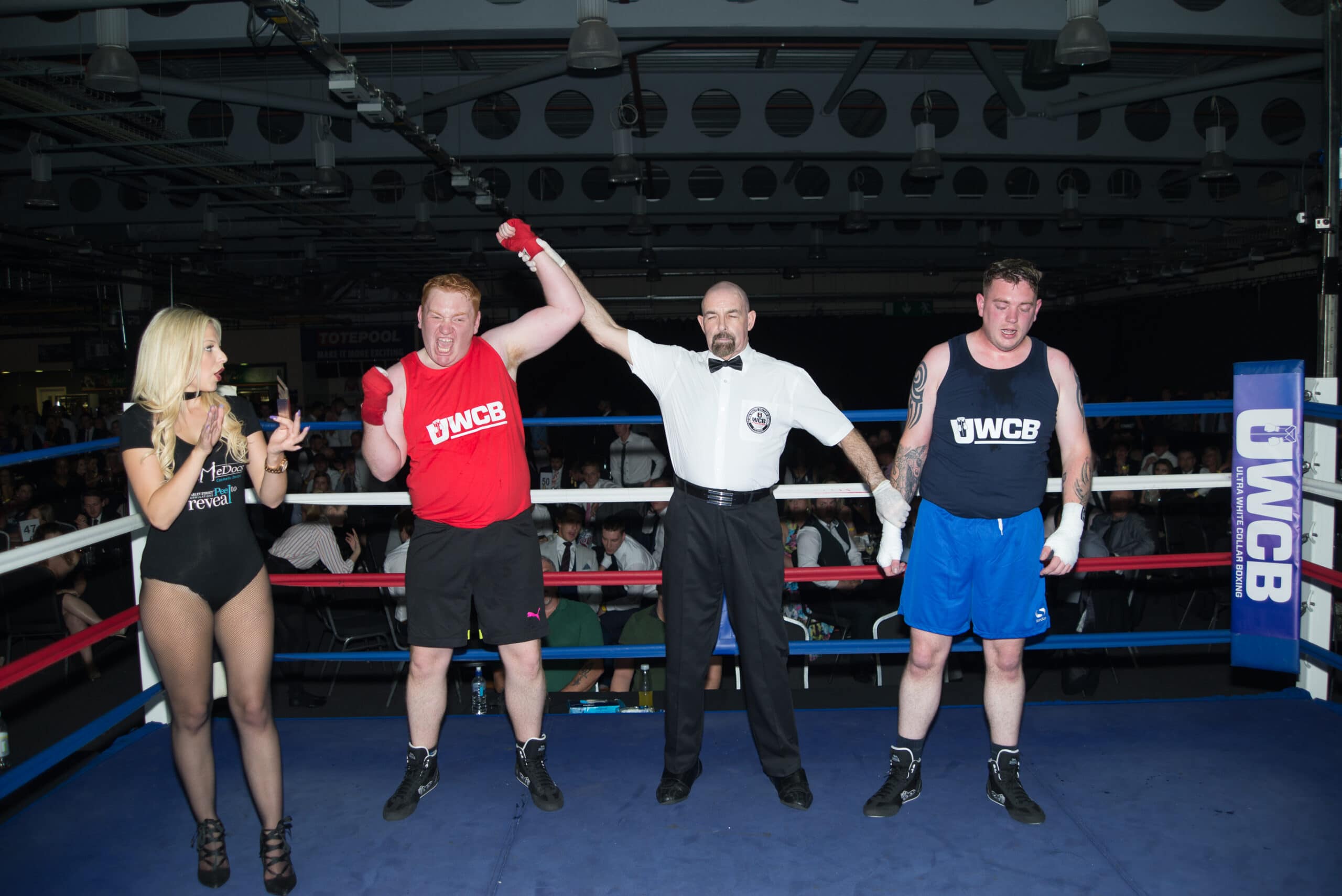 ‘In 2015 I weighed 23 and a half stone, I decided to get fit and now I’ve lost 5 and a half stone!’
Christoffer Smith is taking part for the 2nd time in our Doncaster event, here’s what motivated him to sign up to Ultra White Collar Boxing:

you’re just like daddy pig. My daughter didn’t really know what she was saying at the time because she was only 2 but I just couldn’t get that out of my head.

I don’t want my daughter thinking of her daddy like that so, like everyone in the new year I started the gym at the start of January, I weighed 23 and a half stone. One of my friends signed up to do 19-3-16 UWCB and I helped him with extra sparring and training which benefited both of us. I couldn’t take part in that one because of work commitments, so I signed myself up for the next event which was on the 2-7-16. By this time I’d lost just over a stone.

Training started and the first few weeks killed me because I was so unfit and was thinking of dropping out, I had a word with Neil, Brian and Tony, the trainers, and they all told me I would see improvements in my fitness and only a few weeks later it was true, I did see an improvement, not a lot but I was getting my breath back quicker and I was lasting longer in training but I still was aching days after but I kept telling myself no pain no gain. If I missed a training day I would make sure I would come through the week to keep it going and the training was hard.

Two weeks before my fight I went over on my left ankle and it popped I was so disappointed with myself, all that hard work and now a can’t fight! I went to hospital and had a x-ray, it was ligament damage and the doctor told me to rest it and it wasn’t a good idea if I took part in the event. In a strange way I was happy it was ligament damage, but it still killed. I thought it was broken so I rested it for a week and started light training the week before the fight night, nothing was stopping me from fighting. I didn’t care if I lost or won I was just focused on taking part and putting on a good show, which I felt I did and I won my fight which was the best feeling! Plus all my training had really paid off, I was just close to 3 stone lighter and felt good in myself so crazy me signed up again for the 17-9-16 UWCB.

One of my friends Lisa Swift fancied doing it as well this time, so before the training started I was sparring with her to get her fitness up plus it kept my fitness up as well. This time in training I started to do double training sessions, one straight after the other, and pushed myself even harder to get myself fitter, I haven’t felt my body ache so much!

The trainers have told me how much I’ve improved and it’s good to hear, but it just makes me work harder and the weight has just dropped off me. At the half way point of training I’d lost 5 and half stone! 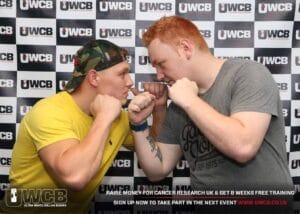